The Right to a Secure Life in Islam 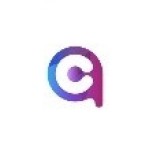 One of the core meanings of Islam is peace. Those who submit themselves to the will of Allah lead a secure life, both in this life and the next. This secured way of living encompasses all walks of life, irrespective of race, colour and nationality.

Under the shade of the Islamic code, a non-Muslim individual’s personal dignity, property and wealth are protected and secured whether he is under covenant or lives in peaceful co-existence.

Allah says in the Holy Qur’an:

Allah does not forbid you from those who do not fight you because of religion and do not expel you from your homes – from being righteous toward them and acting justly toward them. Indeed, Allah loves those who act justly.

As life is an entrusted asset, bestowed by Allah to all His living being to worship Him, it should be secured.

The Security of Life and Property

The Law of Allah categorically declares:

Islam has laid down the following codes for life, in order to let the whole society lead a secure and decent life.

In regard to this security, it is our duty to save every human life, as we have been enjoined in the Holy Qur’an:

And do not consume one another’s wealth unjustly…

On the occasion of the Farewell Hajj, the Prophet said:

Your lives and properties are forbidden to one another until you meet your Lord on the Day of Resurrection.

The Prophet also said, about the one living under protection:

Anyone who kills a man under covenant will not even smell the fragrance of Paradise.

Islam strongly prohibits homicide, genocide, infanticide and any other unlawful killings. The people should follow the due process of law, which the Qur’an refers to as Bil-Haqq (with rights).

The Sanctity & Security of Private Life and Dignity

Islam recognizes the right of every citizen of the State and that there should be no undue interference or encroachment on the privacy of any life.

The Holy Qur’an has laid down the injunction:

O you who have believed, do not enter houses other than your own
houses until you ascertain welcome…

The Prophet went to the extent of instructing his followers that a man should not enter even his own house suddenly or surreptitiously. Besides this, slandering, backbiting and defaming one’s dignity or status are not only disallowed but also abhorrent practices. The Holy Qur’an says:

…And do not spy or backbite each other. Would one of you like to eat
the flesh of his brother when dead? You would detest it…

The Security Of Personal Freedom

Islam has laid down the principle that no citizen be imprisoned unless his guilt has been proven in an open court.

…when you judge between people you judge with justice…

And Allah tells Muhammad to say:

…I have been commanded to do justice among you.

This was the reason why the Caliph Umar said:

“In Islam no one can be imprisoned except in pursuance of justice.”

Zakah (poor due) is one of the pillars of Islam and at the same time one of the best tools for stabilizing the socio-economic securities in a Muslim society. It is a part of the Islamic economic system and one of the means of achieving social security.

Social security is achieved not only through Zakat but by Sadaqah (charity), Waqf (rendering any asset for public use freely), Ghanema (booty) and distribution from the Bayt Al-Maal (Muslim treasury).

The second Caliph, Umar, on seeing an old Jewish man begging asked why. On hearing the man’s reply, Umar said:

We have not dealt with you in justice if we took from you (tax) while you were young and now we have left you alone when you are old.

Umar brought the man to his house and gave him some money. He then ordered the treasury officer to give such people, who could not earn their living, an upkeep from the public treasury.

On another occasion he saw a non-Muslim leper on his way back from a journey and he issued orders that lepers should be provided maintenance from the State funds.

Islam is the religion of peace; it renders life secure in all walks of life not only for its followers but for all human beings.

If you find this piece beneficial, do share with families and friends and subscribe to our notification to get our new post directly on your phone.

One thought on “The Right to a Secure Life in Islam”